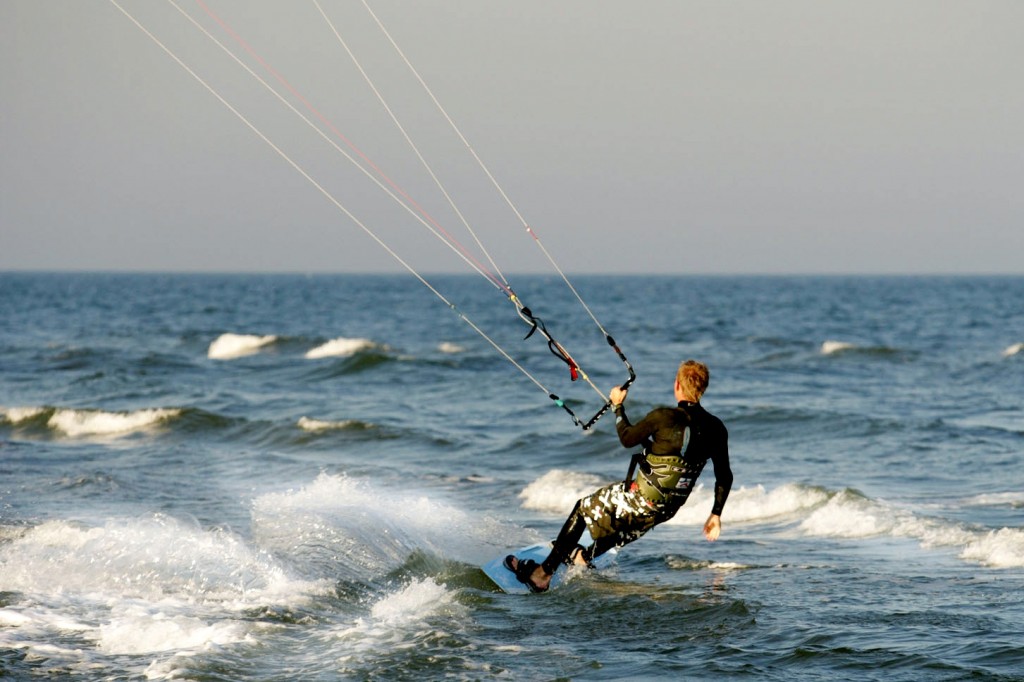 The island of Mön is located between the southern tip of Zealand and the eastern tip of Falster in the Danish part of the Baltic Sea and is known for its beautiful chalk coast. That is why it is also considered the sister island of Rügen.

If you want to go kiting in Mön, there are hardly any legal limits. According to the tourist information, kiting is allowed on every stretch of the coast in Mön. Only on the lake inland, kitesurfing is not permitted. Unfortunately, Mother Nature often throws a spanner in the works because the most beautiful coastal areas are unfortunately not suitable for kiting. These are the beautiful beaches with their Caribbean colors, which make kiting completely impossible due to the steep coast of the chalk cliffs. Apart from the laborious haulage, the beaches in front of the cliffs are usually much too narrow and make kiting a rather risky undertaking, especially in onshore winds.

Apart from this little downer, there are still some very nice spots for kitesurfing on Mön.
The beach at Klintholm Havn deserves a special mention here. Klintholm Havn is the most famous spot for kite surfers on Mön and has a sandy beach that runs into the water quite flat and enables a good start. But you should definitely take a starter with you, because there are usually none on site.

A real insider tip is the Farö dam, which is considered to be one of the best shallow water spots. Other beautiful beaches for kiting are jetties, Oddermose Beach deeper in Hjelm Bay and Camping Vestmön, which can be easily reached by car but should not be approached from the lake.
If you don’t want to kite every day, you can visit a lot of sights or simply enjoy the wonderful sight of the chalk cliffs at sunset.

If you want to go kiting on Mön, it is also very important to choose the right season so that the climatic conditions make kitesurfing possible at all.

The weather on Mön knows no extremes, as the climate is determined by the meeting of the Baltic Sea and North Sea as well as the Gulf Stream. So it’s rarely extremely warm or really cold. If you like warm temperatures, you should definitely avoid Mön in the first and fourth quarters of the year, as the temperatures are usually only around 4 to 5 degrees Celsius. It is warmest in Mön from July to September with an average of around 11 to 22 degrees Celsius. But temperatures of up to 19 degrees Celsius can also be reached in spring. The best weather awaits a kite surfer on Mön from May to July. During this period, you can expect about 8 hours of sunshine a day and the amount of precipitation is the lowest with an average of 11 days.

It is particularly recommended to visit Mön in the period from the end of May to the middle of June, as it is already quite warm with pleasant water temperatures and little rainfall. In addition, it is the pre-season and the beaches are nice and empty, but the prices are also much cheaper.
All in all, you have to admit that Mön and the entire Danish Baltic Sea area offer less good kite spots than the North Sea area of Denmark. Experienced kite surfers usually prefer the area around Jutland on the North Sea, as the wind conditions are more stable here. There are also numerous beaches with perfect conditions for kiting, as there are naturally gently sloping sandy beaches with beautiful waves.
But if you want to get an idea of the best spots in Mön and Denmark for yourself, you should visit the website www.Kitemekka.net to visit. Here you get an overview of the best places for kiting with a corresponding rating.